Ekocamp International is a privately funded company. Our site benefits both from its proximity to the wilderness of the Parc du Mont-Tremblant and to the metropolitan amenities of Montreal. Ekocamp International was born with the vision of bringing youth together from around the world, to work and play together in harmony and security. The founders felt that, as we move towards an increasingly international, interconnected and global community, Ekocamp could help to prepare youth to play a positive role in this brave new world which they will soon inherit.

To achieve this, Ekocamp concentrates on skills training, with special emphasis on language, cultural understanding and tolerance. At the same time, it fosters a love for and familiarity with the world of nature. The ‘global village’ is already an integral part of our daily living. Whether it is the fruit we eat, the coffee we drink, the gas which powers our cars, or the splashy T-shirt on our back, our quality of life is increasingly interconnected with the health of a multitude of communities around the world.

For the next generation this will be even more true, as country after country joins the global economy. Language is the doorway to understanding the infinite variety of human cultures; understanding culture is the key to tolerance; working and playing together are the means through which culture and tolerance are given a human face and then extended through friendship.

Ekocamp has created this privacy statement in order to demonstrate our firm commitment to privacy. The following discloses the information gathering and dissemination practices for our web site.

Our online inquiry form only collects basic information to contact you, while our registration form requires more information.

This site contains links to other sites. Ekocamp is not responsible for the privacy practices or the content of such Web sites.

The Way We Use Information

We do not share information with outside parties. We only use the e-mail address you provide us to answer your mail.

Our Commitment To Data Security

Our database is not hosted online. It is only accessible locally and we have put in place appropriate procedures to prevent unauthorized access.

When you make a deposit from our website all the information sent from you to us or from us to you is encrypted by 128-bit SSL technology [ High-grade Encryption ]. Next to the address bar of your browser window, you can see a green lock. By clicking on the image of the lock, you can verify our security certificate information and our SSL certificate.

The protection of children is very important to us. For this reason, if we do not receive express authorization from parents, we destroy any request for information submitted by a child under 13 years old.

Our website does not offer the opportunity to participate in a game, an activity, or to win a prize to encourage the disclosure of information.

To measure performance, Google uses small strings of text (known as cookies) that are placed on your computer when you click on ads. Cookies typically remain active on your computer for about 30 days. If you visit certain pages of our website during that period, Google and Ekocamp will be able to tell that you saw the ad delivered by Google.

In the event that you wish to cancel your child’s registration at Ekocamp, simply write and let us know. We will immediately refund the total amount paid, less the sum of CDN$200 for administration purposes, if we are notified of this cancellation six weeks prior to the start of your child's camp stay. If applicable, the request for reimbursement should include a letter from the Canadian embassy stating that the visa has been cancelled or was never issued.

If notification of cancellation is not provided at least six weeks prior to the start of camp, no amount will be refunded, unless: a camper is unable to attend camp for medical reasons, upon production of a medical certificate and if the camp is notified at least three weeks prior to the session. Ekocamp will then reimburse 50% of total fees paid. The medical certificate, signed by a physician, should explain the medical condition of the camper and state that this medical condition prevents the camper from attending a summer camp. No refund will be made if camp is notified less than three weeks prior to the start of the session. Parents may decide to subscribe to a cancellation policy to cover this eventuality.

There will be no refund in case of expulsion following a breach of the camper’s rules of conduct; if, in Ekocamp’s opinion, his/her actions or attitude are detrimental to the best interests of other campers; if a parent/guardian removes a camper from camp early or if the camper leaves camp for any other reason. Ekocamp will not be held responsible for any associated transportation fees, whether incurred due to airline policies or otherwise, of a camper who has been expelled. Such fees are the responsibility of the camper’s parents or guardians.

The notion of an international values-based camp evolved through discussions between Louis Gibeau and Jolanta Wnuk, now retired from Ekocamp. Although coming from very different cultural and political backgrounds, they both shared a passion for, and extensive experience in, internationalism.

They were both witnesses to, and actors in, a world which they felt was changing rapidly. Both were convinced that these changes were of such magnitude that previous theories would not be helpful in understanding the world of tomorrow. They felt that ultimately, understanding would have to come through the intimacy of human contact.

One of the conclusions they reached in common, resulting from their experience in such diverse countries, was that the natural openness of youth towards understanding cultural differences was a potential gateway to a better future.

With this in mind, Mr. Gibeau and Ms. Wnuk met with many camp directors in Quebec and Ontario and rapidly decided to join forces with Jean-Pierre L’Heureux.

With a degree in Physical Education, Mr. L’Heureux has been running camps for over 30 years. He has become one of the most experienced camp operators in Quebec. What most impressed Gibeau and Wnuk was the exceptional abilities he displayed with youth.

Importantly, L'Heureux also wanted to go international. "For a long time, we had been getting a mix of Anglo and Franco campers," he said. "I could see first-hand the amazing benefits of kids learning each other’s language and developing friendships across cultural lines. If it could work well here, why not try it on a replicated global scale?"

The fourth and new partner is Alexandre Lafitte. He is fluent in French, English and Spanish, as well as advanced in Italian. He brings to the group his enthusiasm and his youth ensures him an easy contact with the young people. Holder of a degree in Hispanic Studies and Commerce, he worked for five years during the summer period as a counselor at this very camp, and four years as a full time director; then served as international coordinator from 2008 to 2010. From a curious natural and open to other cultures, he traveled to Central America, Alaska, Asia and Europe. He has lived in France, Spain and Italy.

In 2010, the owners of Ekocamp, Mr. Gibeau and Ms. Wnuk retired after 15 incredible years serving children and parents around the world. Their work is now continued by the new Ekocamp administrator: Alexandre Lafitte. 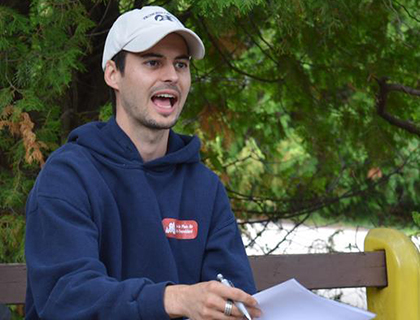 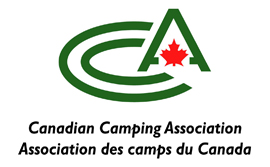